Convention on the International Regulations for Preventing Collisions at Sea 1972 (COLREGs) is an IMO convention that provides the rules to be observed by seamen on the sea. COLREGs has been ratified by about 160 jurisdictions. However, different jurisdictions have ratified different versions of COLREGs, which has been amended in 1981, 1987, 1989, 1993, 2001, 2007 and 2013.

The UK has given force to the COLREGs by the Merchant Shipping (Distress Signals and Prevention of Collisions) Regulations 1996. Malaya has given force to it by the Merchant Shipping (Collision Regulations) Order 1984 (amended 2000). Colreg is divided into six parts (A through F) containing 41 rules. In addition to that, there are four annexes. The six parts and annexes are these:

Some key matters in the COLREGs include lookout, safe speed, lights, light and sound signals, use of radar, navigation in restricted visibility/narrow channels, overtaking, crossing and head-on situations.

It must be observed that:

The agony of the moment can be a defence where a master responds to an immediate danger wrongly that results in a collision. Similarly, a defence can be available to a master where he reasonably decides to take a risk and ends up in a collision where he was put in a condition by the damaged vessel to take such risk. The burden of proving the damage is on the claimant. AIS records will be of assistance in determining the course and speed of the vessels involved in a collision.

The claimant in a collision action may be the owner of the damaged vessel, salvor and cargo interest who incurred a general average contribution. A demise charterer may be entitled to claim damages where it has suffered a loss. It is unlikely that a time charterer will be eligible to be a claimant. The general rule against the recovery of economic loss must be noted in this connection.

There have been cases where the courts have refused to allow a deduction from the claim amount on account of betterment enjoyed by the claimant vessel when repairing the damages caused by the respondent vessel. Damages for loss of use of the vessel may be claimed. The practice has been that to award 1% of the allowed claim sum for disruption to the business.

To claim damages there must be the causal link between the collision and the damage. Courts have widely construed causal link so that it is not broken in many cases. It was once thought that a tug is the servant of the tow, so that the liability of the tug will be passed on to the tow. However, it is clear now that this is not the law. A dumb barge may not be liable where the collision happened by fault only of tug and another ship. However, a vessel improperly on anchor or a dumb barge improperly moored can be liable in contributory negligence.

In collisions at sea, the liability of each of the ships at fault is limited to the proportion of its fault, i.e. the liability is several and not joint. This is true only insofar as a claim is made by a ship at fault. If a claim is made by a ship that is completely not at fault, then the innocent ship can claim the entire from any of the ships at fault on principles of joint liability. This is the effect of s 187 of the UK Merchant Shipping Act 1995. In Malaysia, s 1 of the now-repealed UK Maritime Conventions Act 1911 (materially similar to s 187 of the 1995 Act) will be largely imported by ss 3 and 5 of the Civil Law Act. The liability will be apportioned in the equal portion where the degree of fault cannot be ascertained.

The claim of the cargo on board a ship, her freight/hire/passage money and property on board against another ship at fault are treated in the same way as a ship making claim for purposes of s 187 of the 1995 Act/s 1 of the 1911 Act, so that the fault of the carrying ship will be attributed to the cargo, etc.

A shipowner is strictly liable (i.e. without any need for negligence on part of the ship) for the acts of compulsory pilots. This is the effect of the UK Pilotage Act 1987. In Malaysia, the now-repealed UK 1913 Act (materially similar to the 1987 Act) will be largely imported by ss 3 and 5 of the CLA 1956.

Similarly, the liability is strict when damage is done by a ship to harbour, dock, or pier, or the quays or works connected therewith. This is the effect of s 74 of the UK Harbour Docks and Piers Clauses Act 1847, which is largely imported into Malaysia by ss 3 and 5 of the CLA 1956.

Tonnage limitation will limit the liability of the shipowner. This has been dealt with in Dr. Arun Kasi’s works on admiralty. When ships involved in a collision are contributorily liable to one another, there is only one net liability, i.e. in the net, who must pay whom. The tonnage limitation will work on this net amount.

There are some limitations to in personam actions in collision cases, which has been dealt with in Dr. Arun Kasi’s works on admiralty. These limitations are from s 22 of the UK Senior Courts Act 1981, which applies in Malaysia by s 24 of the Courts of Judicature Act 1964.

It is not uncommon for parties in a collision case to enter into an arbitration agreement to resolve their disputes by arbitration. A common form used for this is the ASG Collision Arbitration Agreement, under which a single QC of the English Bar will hear and decide the case. If the parties cannot agree on the name of the QC, then the secretary of the ASG will make the appointment.

There will be preliminary acts to be filed in collision cases, dealt with in Dr. Arun Kasi’s works on admiralty. In England and Wales, it is now called Collision Statements of Case under the CPR.

Please refer to the presentation slides of Dr. Arun Kasi available at https://arunkasico.com/wp-content/uploads/2021/07/Salvage-24-07-2021-ArunKasi.pdf for a summary of the salvage law in England and Wales and its comparison with the Malaysian law.

Please refer to the presentation slides of Dr. Arun Kasi available at https://arunkasico.com/wp-content/uploads/2021/07/Salvage-24-07-2021-ArunKasi.pdf for a summary of the salvage law in England and Wales and its comparison with the Malaysian law.

Please refer to the presentation slides of Dr. Arun Kasi available at https://arunkasico.com/wpcontent/uploads/2021/08/Pollution-Dr-Arun-Kasi.pdf for a summary of the pollution law from the international perspective with reference to the laws of the UK, India, Malaysia and Singapore. 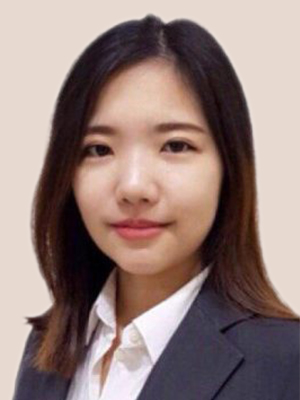 Disclaimer: While every effort has been taken to ensure the accuracy of the information freely provided online as of the date they were uploaded, no liability is accepted in the event of any inaccuracy. Readers are to independently ensure both their accuracy and currency. © Dr. Arun Kasi, 2020. All rights reserved